Here is a small interview with the two champions World Junior Pauline Valesa and Louka Pitot, who have battled in very extreme conditions this past weekend at St. Pierre la Mer. The icing on the cake? You also get a chance to discover the small edit of the festivities by Nico Raffi.

So, how was the competition champions?

Pauline : Great, very happy to have won this title, always a top organization since I come for the last 5 years, it is a pleasure every time even if the wind is always difficult …

Louka : The competition was perfect! Everything happened as I had dreamed of, even better because I found myself in the final against my friend from the island, Simon Lamusse! The atmosphere during the competition was top, there was a lot of assistance between competitors, even if we then found against each other on the water to compete! 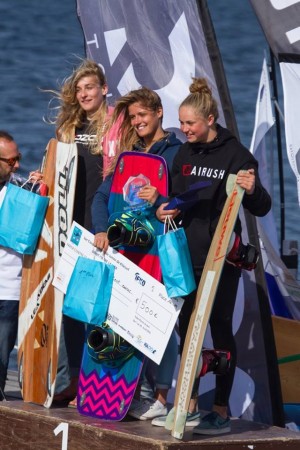 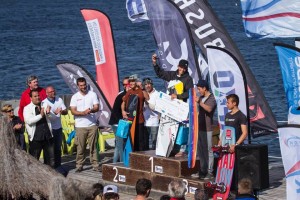 The conditions were not too extreme compared to the trade winds of Caledonia and Mauritius?

Pauline : It is true that the conditions were quite harsh compare to our trade winds where I kite regularly on a 7 or a 10m, fortunately we got there a few days before to train. Incidentally I had make a little stop at F-one to take a 4m in case and in fact I did all the competition with!

Louka : Yes, the conditions were hardCORE! It was the first time in my life that I was overpowered with a 5m plus it was so gusty. I never thought to land my figures in these conditions so I’m really happy with my performance. 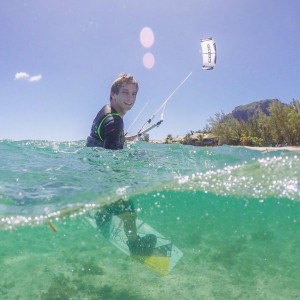 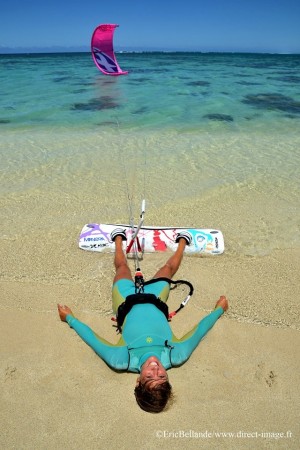 How was the level on the girls side?

Pauline : The level of girls continues to rise every year and they are increasingly young to come to St. Pierre, the organization also had to make two categories 9-15 and 16-19, a first for the girls!

And after you go directly to the Mondial du Vent Sud de France?

Pauline : Yes I stay in the South, it’s great that the MDV could have organized a World stop in France, I’m super motivated, we will join the entire F-one team and the France team led by Seb!

Louka : It’s not in the original program, I’m supposed to go back to Mauritius and resume classes, but I think I’ll try to stay. Especially since my parents just asked me if I wanted to stay…

And how does it feel to be WORLD champions?!!!

Pauline : HAPPYYYYYY !!! Thanks to you Clem and to STANCE for all your nice articles!

Louka : It’s cool ! I am really happy ! It’s been 3 years that I dream to climb the top step of the podium and it finally happened! I want to thank everyone who helped me, my sponsors, my parents, my friends, Jean with whom I did an internship before the competition etc .. And Stance of course, thank you!

Steven Akkersdijk: A flight through Portugal