The Red Bull Ragnarok is probably the craziest race in the kite industry. Imagine, 350 kiters either with skis or a snowboard racing through the wild landscapes of Norway in order to finish a five laps race (one lap=15-20 kilometers). This year, only eight kiters finished the five laps! Paula Novotna was a first-time contestant this year and she tells her abour her experience.

Hello Paula! What motivated you to take part in the RedBull Ragnarok?

I always wanted to go, but I never actually went. So this year was the year to give it a try! It is a great challenge and an amazing experience! It is well known and it just looks amazing on the photos and videos! I wanted to experience this myself and it was well worth it!

How did you train for this event?

Oh, I didn’t really train for this event, it was my first time and I wanted to give it a try! I am an experienced kiter. But I would not recommend this race for anybody who is just beginning with kitesurfing, it is difficult! I haven’t been snowkiting many times as well in my life. I had a little wrist injury this winter season so I mainly trained physically with my physiotherapist and trainer in the gym, so physically I was ready for the race. It is a very difficult competition and to finish 5 laps, it takes a lot of energy and power. Those who were in the top positions knew exactly where to go, had GPS or knew the place where we were racing. Sometimes, on the top of the hills the wind is so strong and in the valleys its windless, so you had to be smart and have a tactic! 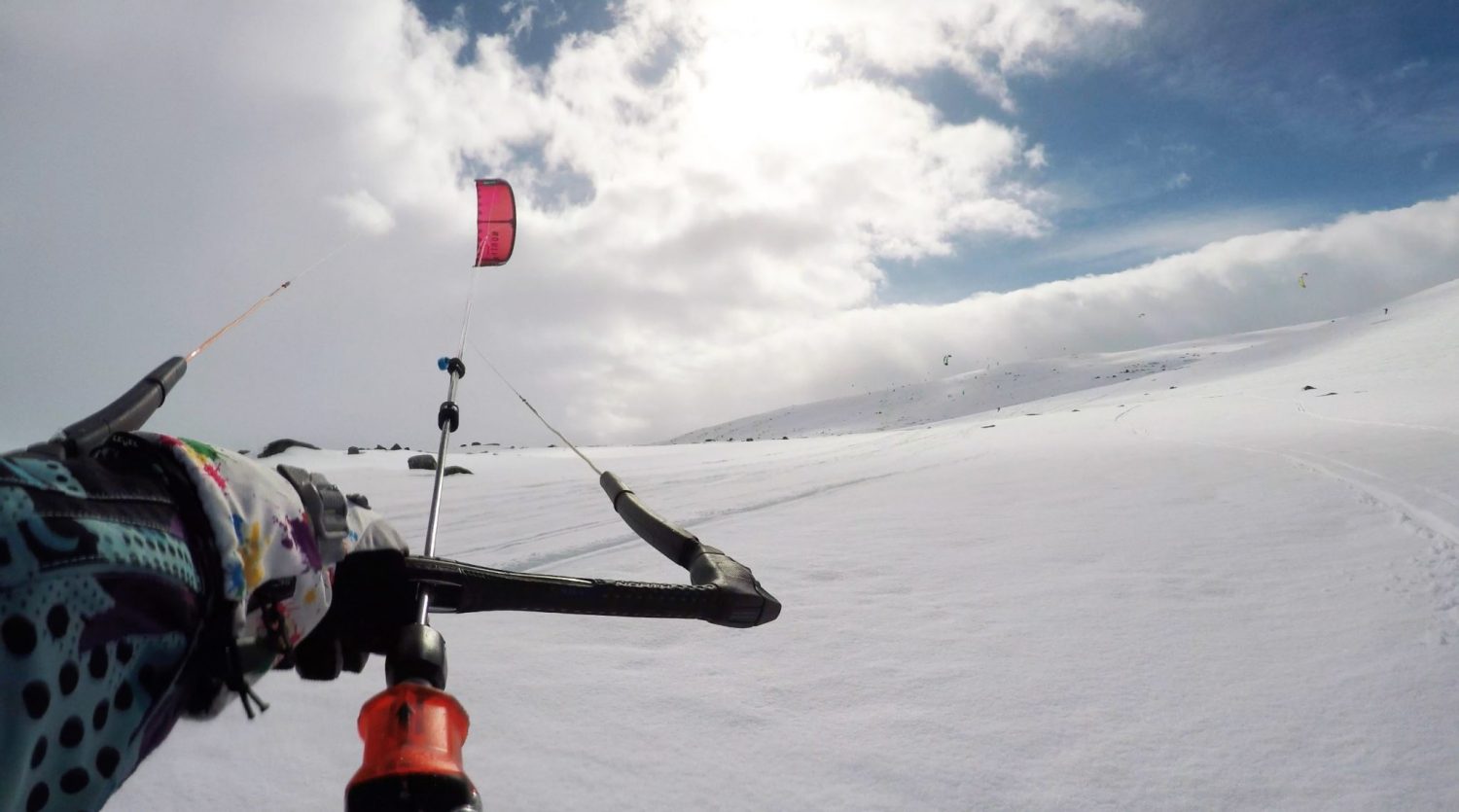 How were the conditions?

I think we got lucky! The wind was mostly around 20 knots and the sun was shining. What else could we wish for? But as on the mountains the weather changes a lot. There was a check point with 48 knots in gusts. It was crazy! I was having very hard time not flying away. I lost control many times sliding downwind being way overpowered. Just before gate 3, I was literally like two meters away, a wind gust got me and threw me 200 meters downwind. I was on my 9m and told myself  ”9m is not that big, you can hold it Paula!”

Lots of people released their kite because in this kind of wind you were not going upwind anymore, the wind was taking you downwind. I didn’t know at that time the wind was reaching up to 48 knots and on the snow you need way less power than on the water. There was also parts with almost no wind, where you had to go mostly upwind which was also pretty difficult. Once, I went into a place with zero wind and could not launch my kite anymore. I took a break for 10 minutes and had a chocolate snack. Than the wind suddenly picked up a little bit and I managed to launch my kite and continue the race.

Before the gate 5 I got lost and found myself in a place with no tracks around me and I thought ”WOW, maybe I am wrong, if nobody went here before me”. But after a few minutes, I got out and found other kiters too. The biggest problem was nobody really knew where to go or where was the next gate so I just explored. The race also depends a lot on which way you decide to go as there are parts with no wind and parts with lots of wind and you have to be smart. Whoever knows the spot has a big privilege. The gates were mostly on the TOP of the hills, it was fun, some crazy guys were jumping out of the hill over other kiters! 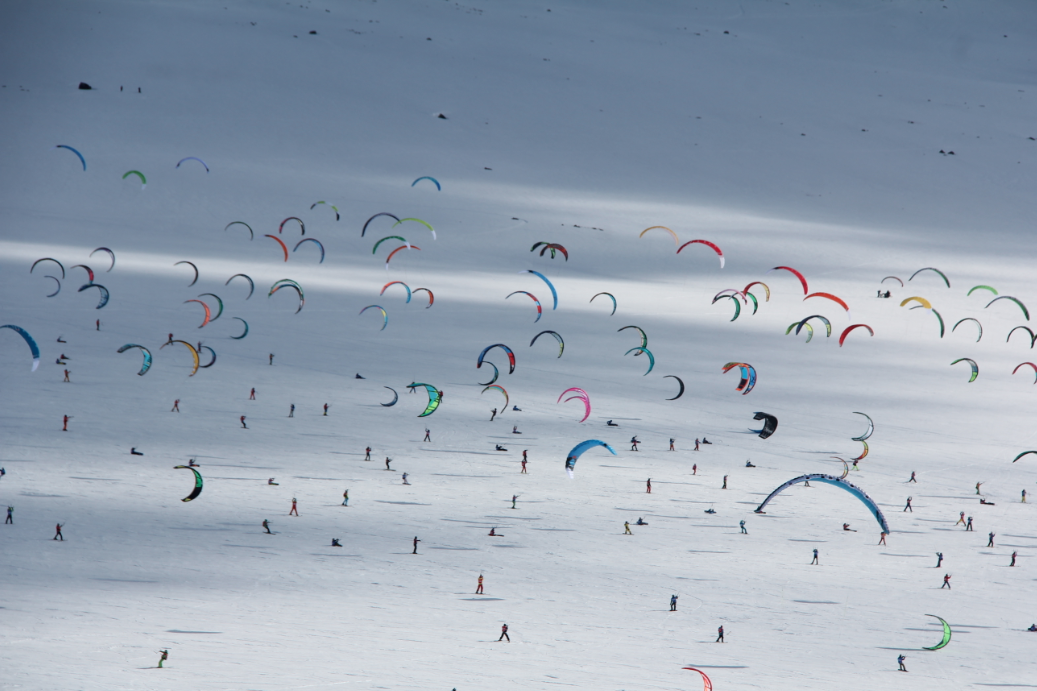 What is your overall experience of this snowkiting event?

It was AMAZING! I think I have never enjoyed a race as much as I did in Norway! Also, it was a lot of fun, people were passing by me and cheering for me saying my name which gave me more energy as well! THANKS GUYS!!! I was shocked with the beautiful views of many kites and mountains covered with snow. The race was not easy, it was made to be difficult even for advanced riders. It was definitely not my last time doing this event and if you like adventures and challenges you should definitely try it! Next year, I am taking my parents to enjoy this beautiful race with me! Everybody can subscribe to this event, it’s just limited to 350 kiters and the places sell very fast, so be alert next year and maybe I will see you in Ragnarok! 🙂

For more pictures of the Redbull Ragnarok !

To follow Paula in her adventures around the world: